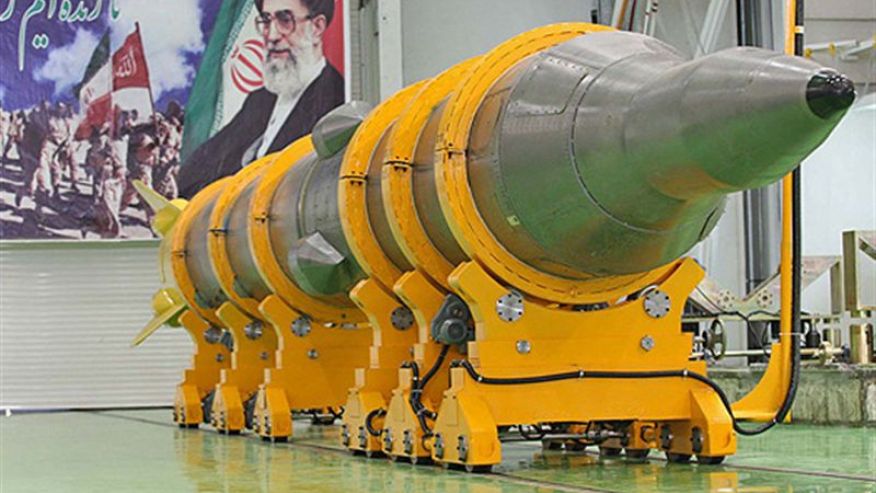 In August 2001, representing the Simon Wiesenthal Centre, I was a spokesman for Jewish groups at the historic United Nations World Conference Against Racism in South Africa. Historic because it was the first major human rights conclave convened in Africa.

Historic too, because it degenerated into the worst public display of anti-Semitism since the defeat of Nazi Germany in 1945. It was there in Durban where over 3900 UN-recognised organisations committed to promoting “civil society”, embraced the big lie of “Israel=Apartheid”.

It was where the legitimacy of the Jewish State came under assault. It was there where I personally felt the sting of Jew-hatred under the banner of human rights; where a Jordanian journalist withdrew his hand and wiped it off on his jacket, declaring, “I never would have shaken your hand if I knew you were a Jew”; where the police chief of Durban wouldn’t let us walk two blocks to the Jewish community centre because, “I cannot guarantee your safety with thousands of anti-Israel protesters in the street” – some of whom marched under the banner “Hitler was right”.

At Durban, Iranian women “activists” burst into our press conference in an attempt to muzzle the “Zionists”; and a two-line statement of concern over the firebombing of French synagogues in France was deleted after a delegate protested – “this is an anti-racism conference. What does anti-Semitism have to do with fighting racism?” The Durban Conference mandate is alive and well in 2015.

This month, two more ugly and vicious incidents have erupted, courtesy of the so-called Boycott, Divestment and Sanctions (BDS) movement.

Machiavelli once said: “Never attempt to win by force what can be won by deception.” After failing to defeat Israel on the battlefield, the Jew haters have adopted the malevolent BDS movement as their deceptive choice of weapon.

A thinly veiled anti-Israel and anti-Semitic poison pill, its primary objective is to defame and destroy the only beacon of democratic values in the Middle East while turning a blind eye to the depravity and human rights abusers in the Arab world and beyond.

The BDS movement’s devious tactics include the demonisation of Israel by falsely comparing the Jewish State’s actions with the Nazis or South Africa’s Apartheid regime, and denying Israel’s fundamental right to exist, alone among all peoples in the world. Modelling itself after the successful global anti-South African apartheid movement, and ratcheting up the hate, those championing the anti-peace, hypocritical BDS claim that they want to force Israel to the negotiating table, whereas in fact they want to push Israel off the cliff and libel supporters of Zion.

Case in point: Matisyahu, a celebrated American reggae singer who initially burst onto the music scene while he still sported the curly “payot” of a devout Chassid. Organisers of Spain’s Rototom reggae festival dropped Matisyahu from its international concert because, in his words they “wanted me to write a letter, or make a video, stating my positions on Zionism and the Israeli-Palestinian conflict to pacify the BDS people … as the one publicly Jewish-American artist scheduled for the festival they were trying to coerce me into political statements … No artist deserves to be put in such a situation simply to perform his or her art.”

This incident hit Jews from all walks of life like a bombshell. Here was an American Jew, not an Israeli, who was being maligned and singled out for exclusion. It was an inconvenient reminder for all the Jews in the Diaspora, that we are all now fair game for the crime of being proud of our heritage and a 3500-year connection to the Land of Israel. And to hear hate emanating from the first nation to declare itself Judenrein (clean of Jews) – expelling its Jews in 1492 and hunting down hidden Jews during the Spanish Inquisition – was too much to take.

As organisers were forced to apologise and re-invite Matisyahu, another ugly incident surfaced in Norway. The Oslo Documentary Cinema’s film festival “Human Rights Human Wrongs” rejected a film about disabled children produced by an Israeli, Roy Zafrani, even though the film was not supported by the Israeli government, but financed entirely by Zafrani.

Not good enough for these Scandinavian anti-Semites. For festival founder Ketil Magnussen, Israeli Jews need never apply: “We support the academic and cultural boycott of Israel,” he said.

One [must] ask what good it is to have politicians shed a ceremonial tear for dead Jews, when they don’t take effective measures to protect live ones. This year, as we mark the 70th anniversary of the liberation of the death camps, a considerable number of European Jews are increasingly feeling the frigid chill of apathy, the type which emboldened and encouraged Hitler in the 1930s and paved the way for the Final Solution of the 1940s.

Beyond the rising tide of European anti-Jewish hate and terrorism, Jews in other Diaspora communities are challenged by the stench of unabashed mainstream anti-Semitism extending beyond cultural, academic, and theological domains. In England, the Labour Party leadership frontrunner Jeremy Corbyn associates with a Shoah denier and calls Hamas and Hezbollah “friends”.

In the US, Congress’s upcoming vote on the Iran nuclear deal has spawned charges of “warmonger” and “dual loyalty” against a leading Democratic senator – Charles Schumer, who is a Jew – when he said he would vote against the deal.

A New York City art gallery featured digital “art” that flashed – “Chuck Schumer, Israeli Spy?” Further, the world’s indifference to the genocidal anti-Semitism of Tehran’s theocrats is staggering. Outrageously, during the lengthy negotiations, not one leader, nor one country from the P5+1, stood up and spoke out publicly against the continued threats of a Holocaust against Israel.

As Rabbi Marvin Hier, dean of the Simon Wiesenthal Centre, has noted, “Hitler said he was going to murder all the Jews in a letter from 1919, and he wound up doing it.

If you hear the Ayatollah saying that, every world leader should repudiate it immediately.” No-one denies that the P5+1 agreement will allow Iran – which has repeatedly vowed to erase Israel from the map – in 10 years to produce nuclear weapons in a matter of weeks. This is not the first time in history that Western leaders would be fooled by tyrants.

Seventy-five years ago, British prime minister Neville Chamberlain thought he understood Hitler and declared “peace for our time”. Shortly thereafter, Hitler plunged the world into the catastrophic World War II. Since 1979, no Iranian leader has changed his mind or actions about Israel, about the US, or about human rights.

It is the height of folly and naivety to believe that the Iranian regime will change its stripes in the next decade.

Last week, Hussein Sheikholeslam, a foreign affairs adviser to parliament speaker Ali Larijani, said, “Our positions against the usurper Zionist regime have not changed at all; Israel should be annihilated and this is our ultimate slogan … we reject the existence of any Israeli on this earth.”

This followed the meeting between British Foreign Secretary Philip Hammond and Iranian President Hassan Rouhani, after which Hammond said that Rouhani had indicated, “a more nuanced approach to Israel’s existence”. On the existential issues of life and death, there is no room for “nuance”.

A majority of US and Australian Jews, many non-Jews, and Israelis across the full political spectrum, from Prime Minister Benjamin Netanyahu to Opposition Leader Isaac Herzog, are deeply concerned and fearful about the existential threat the deal represents, and are united in denouncing an agreement that confers legitimacy on the world’s greatest terrorist state, a state that has declared the liquidation of Israel as “non-negotiable”.

In addition, the end of sanctions will free up billions of dollars to a regime already deeply funding terrorist and military proxies that threaten not only Israel, but also Saudi Arabia, the United Arab Emirates and the entire region. It is our fear that this agreement will also spur a new nuclear arms race in that unstable and volatile part of the world. At this perilous moment, the world must take the unending and open apocalyptic threats from Iranian leaders against Israel at face value.

The Iranian regime’s double speak must be condemned by President Obama and the other leaders of the P5+1. Failure to do so will only increase Iranian incitement and sponsorship of terrorism against Israel. One is pressed to ask what good it is to have politicians shed a ceremonial tear for dead Jews, when they don’t take effective measures to protect live ones.

The world’s collective failure to take on Hitler’s genocidal anti-Semitism is pivotal to understanding Israel’s and our organisations’ refusal to believe any spin that the Ayatollahs’ anti-Semitic desire to eradicate Israel is mere posturing. As Alan Dershowitz rightly states, we need to take action “against the danger posed by the noxious combination of radioactive words and radioactive weapons”.

Though the clock is ticking fast, there is still time for the US Congress to oppose the Iranian deal and to signal to the world and to the Iranians that “Never Again” means “Never Again”. And it will take real unity among Jews and a renewed commitment of our friends to persevere against the newest onslaught of the world’s oldest hate.