Munich Olympics terror victims deserve a minute of our time 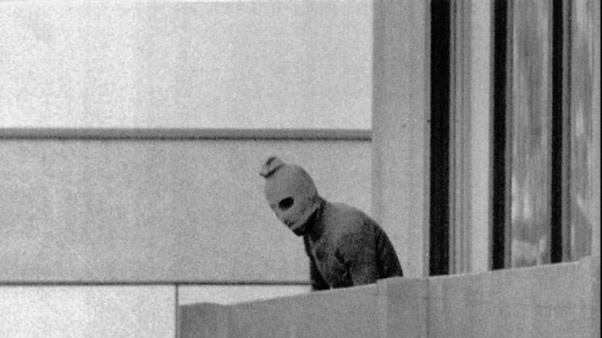 It was a simple and small request from the Israeli government.

Devote one minute of silence during the opening ceremony of this year’s London Olympics to honour the memory of the 11 Israeli athletes, coaches and officials who were murdered in cold blood by Palestinian terrorists at the 1972 Munich games.

Such a ceremony makes sense.

First, London will mark the 40th anniversary of this terrible event.

Second, the International Olympic Committee has repeatedly turned down similar requests and could now make amends for its moral rectitude in ignoring this atrocity.

No big statements, no fancy declarations, no mention of politics. Just silence. An acknowledgment that honours and memorialises 11 sportspeople who came to compete and returned in body bags.

Remembering deceased Olympic athletes during the games is not unprecedented. Two years ago, at the Winter Games in Vancouver, a moment of a silence was held during the opening ceremony for Georgian luger Nodar Kumaritashvili, who died several days earlier in a training accident.

And in the 2002 Salt Lake City Winter Olympics, members of the US team were allowed to walk into the stadium with a flag recovered from the rubble of the World Trade Centre.

Yet, earlier this month, the plea for the tribute was rejected by IOC president Jacques Rogge.

And what lame, indefensible excuse did the IOC come up with for not recognising the darkest hour in the history of the games?

The IOC has already paid tribute to the memory of the athletes, and a minute’s silence would politicise the games. In plain talk, the IOC doesn’t want to risk alienating countries that don’t like Israel, or cause any dictatorships to walk out and boycott the games.

But don’t be so shocked.

In terms of the history of the Olympic Committee, this is business as usual.

In 1972, following the massacre, IOC head Avery Brundage at first said that the Games were too important to be delayed by the tragedy. If it was up to him, the rest of the day’s events would not have even been cancelled. He ultimately backed down.

So, instead of closing them down, the Munich Olympics were suspended for a day and a memorial service was held. And then the show went on as if nothing happened.

Today, there are scores of youngsters who have no idea about the Munich tragedy and the victims whose lives were brutally cut short. They should be reminded, and London is the perfect opportunity to educate the world again and to stand together against terrorism.

John Coates, the president of the Australian Olympic Committee, as well as members of our parliaments, should throw their weight behind the campaign to reverse this decision.

They can take their lead from US House Representative Ileana Ros-Lehtinen, who said: “Such a gesture would be a small tribute to the memory of the families of those brave Olympians, who deserve much more than that.

“But it would do even more than that: it would do credit of the Olympic Games, the IOC, and all Olympians. It would reaffirm Olympic values of honour, harmony, and fraternity, the very values that violent extremists horrifically repudiated by butchering the Israeli Olympians.”

The Israeli Deputy Foreign Minister, Danny Ayalon, wrote to Rogge: “This rejection told us as Israelis that this tragedy is yours alone and not a tragedy within the family of nations. This is a very disappointing approach and we hope that this decision will be overturned, so the international community as one can remember, reflect and learn the appropriate lesson from this dark stain on Olympic history.”

Resolution 663, introduced to the US Congress by Eliot Engel and Nita Lowey, calls on the IOC to provide a minute of silence.

It reads in part: “The Munich 11 were part of the Olympic family, and IOC’s rejection thus far of a minute of silence is unacceptable. We intend to put the US Congress on record that those who died deserve to be remembered in a respectful manner to mark this anniversary.”

It’s heartbreaking that things have got to such a stage that Ankie Spitzer, widow of slain Israeli fencing coach Andrei Spitzer, has said that she would now be content with 30 seconds of silence.

A moving documentary, 20 Million Minutes, to be released next year, makes the point that since the Munich savagery, there have been 20 million minutes.

The IOC should be ashamed that it refuses to find just one.

This article was originally published in The Age, June 4, 2012