This is what I wrote about Jonathan Pollard back in 2006 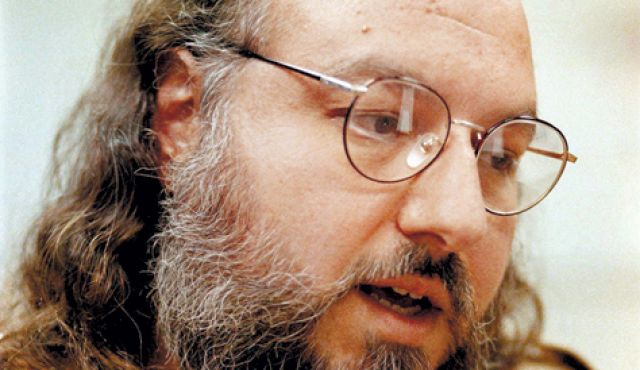 ***Given the news that Jonathan Pollard will be released soon by the Obama administration, I am re-publishing a 2006 essay from my book Flashpoints: Israel, anti-Semitism and the Holocaust about Pollard.***

Yet, in 2006 (this month marks 20 years since Pollard pleaded guilty) the continued drumming for his release has been amplified amid a swirl of developments.

In his 21st year of incarceration, after spending seven years in solitary confinement, Pollard’s cause celebre has come into the foreground.

Only last week the Israeli Supreme Court rejected a suit by Pollard asking that the Israeli government request his release from prison, deeming the matter diplomatic.

Still, the lawyer representing Pollard Darshan-Leitner stated “we asked that Israel confront the US…and ask for his immediate release from prison.”

Earlier, the court refused to recognise him as a ‘Prisoner of Zion’ or to block the appointment of his former handler in the Mossad Rafael Eitan as Minister of Pensioner’s Affairs Another appeal to the US Supreme Court in March 2006 to give Pollard access to records that could bolster his case for presidential clemency was declined.

There are scores of unanswered questions, contradictions, mysteries, and intrigues concerning this saga that may never be resolved. The main question is why pollard has been in prison for so long with no end in sight.

Astoundingly, as time recedes, the crusade for Pollard has grown. IDF soldiers and chaplains have been issued with an IDF prayer for Pollard; in 2004 The Israeli Parliament gave its approval to recognize the creation of a forest to be named Pollard Freedom Forest and recently 77 Knesset members signed a petition calling on Bush to pardon Pollard.

On Jerusalem Day, Pollard’s prepared remarks contained the following, “My Brothers and sisters! I have been slowly bleeding to death before your very eyes…I cry out from the depths of my soul, won’t you seek the welfare of your captives.” And in 2004, Pollard whispered to a Yediot Ahronot reporter “Don’t leave me in the bor (pit); get me out of here”.

For those who are too young to remember, Pollard, a civilian analyst with the US Navy was sentenced in 1987 to life imprisonment after fully co-operating with authorities and admitting to passing military documents to Israel— relating in the main to Syrian, Iraqi, Libyan and Iranian nuclear, chemical, and biological warfare capabilities – being developed for use against Israel. At that time, the US was obligated to share information with Israel under the 1983 Israel-USA Intelligence Exchange Agreement, but failed to do.

So, should Pollard be released?

There are those who wish he rot in prison. But a deeper looks reveals that is not an open and shut case. Many feel that a sense of proportion and mercy must prevail. Several legal scholars (President of the American Bar Association for instance) maintain that the punishment is so out of proportion that by now elements of compassion and humanitarian considerations (Archbishop of San Francisco ) should come into play. Journalist Sarah Honig claims that it’s absurd that Moussaoui, who could have prevented the deaths of 3000 on 9/11, is to do the same time as Pollard.

Eli Wiesel believes that Pollard has suffered enough and that justice has been served, stressing that Pollard admitted the error of his ways, regrets his actions and has impressed him with his feelings of remorse. Wiesel also contends that Pollard was a victim of immaturity, misplaced idealism and of various intelligence agencies.
Federal judge Stephen Williams, the lone dissenter in one of Pollard’s appeals stated that Pollard’s plight “was a gross miscarriage of justice”. Investigative reports show that initially the US government promised to refrain from asking the court to impose a life sentence, but that a last minute damage assessment document prepared by KGB mole Aldrich Ames blaming Pollard of the crimes he himself committed, sealed Pollard’s fate.

Former New Yorl Mayor Rudi Giuliani has observed that the life sentence is far too long compared with sentences in similar cases, while former CIA Director James Woolsey noted, “Israel is a friend. I think we ought to look at it”. A comparison with others who have spied for allied nations shows that Pollard’s life sentence is far longer, and even when juxtaposed with those who spied for enemy nations, Pollard is the only person in US history to receive a life sentence for one count of passing classified information to an ally.

Is this the time for clemency? I wonder how Australian Jewry feels.

From the book– Flashpoints: Israel, anti-Semitism and the Holocaust