Home » Articles » Facebook should be a force for good, not a forum for hate

Facebook should be a force for good, not a forum for hate 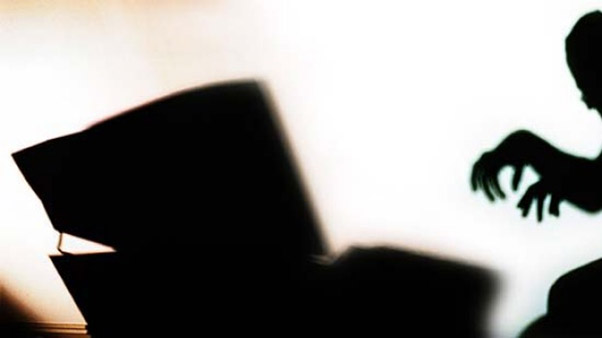 A few weeks ago, 21 survivors of the death camps who witnessed the murder of their families by the Nazis wrote to Facebook asking the organisation to take down pages that promote Holocaust denial.

Last week, Facebook refused to remove the pages stating: “We think it’s important to maintain consistency in our policies, which don’t generally prohibit people from making statements about historical events. No matter how ignorant the statement or how awful the event.”

Facebook is very wrong in where it has drawn the line and on what side it has chosen to stand.

For some reason, Facebook seems to be impervious to their own Statement of Rights and Responsibilities, which prohibits the posting of hateful material. Of course, they will remove sexual content or pictures of mothers breastfeeding, but do not feel hate speech is worthy of the same treatment.

You decide: do lines, posted on a Holocaust denial pages, that call Jewish people “snakes”, “liars”, “a disease”, “not really human beings” and “children of Satan”, not amount to hate speech?

The agents of this invidious and wilful assault on the truth should not be given a forum on the world’s most popular social networking website to preach hate, to gain legitimacy for their sickening canards and to attract new members to their cause. The denial of the Holocaust is employed as a pretext and a springboard to peddle and encourage hatred towards one group — the Jews.

By allowing these pages to stay, Facebook is enabling the flourishing of a type of vicious and bone-chilling Jewish hatred that is a crime in a number of countries and which is part of a long campaign of nasty falsehoods and incitement that have led to the deaths of millions.

In the past few years, Facebook has become incredibly powerful with 750 million users. That’s more than the combined populations of the US, Australia, Canada, Britain, New Zealand, France, Russia and Germany to name but a few. With such power, comes great responsibility and accountability. Nothing in life happens in a moral vacuum and Facebook’s lack of action will contribute to the social acceptability of anti-Jewish sentiment and racism.

I have no doubt that Holocaust deniers are smiling, emboldened by the knowledge that they can continue to exploit this new technology to demonise Jews, to label survivors as liars and hoaxers, and to keep inflicting grief and suffering on the victims. The Nazis, who provided Germans with free or cheap radios so they could bombard their citizens with their vile ideology, would have found much to like in the way Facebook has allowed hatred to invade its reputable space.

Perhaps Facebook should listen to US President Barack Obama, who at a Holocaust Day of Remembrance Ceremony in 2009 remarked, “To this day, there are those who insist the Holocaust never happened; who perpetrate every form of intolerance — racism and anti-Semitism, homophobia, xenophobia, sexism, and more — hatred that degrades its victim and diminishes us all.” Further, giving a voice to Holocaust deniers is an affront to all those who escaped genocide and tyranny to make new lives for themselves in Australia and around the world.

In one sense, I say to Facebook “Thanks for reminding us” that it is time for everyone to reassess their standards, to look into their heart and to reflect on the principles that guide them. Holocaust denial tests our values and contravenes the moral code Australians have always cherished.

Facebook should be a vehicle that champions social values and human rights and builds a civil society online, rather than be a facilitator for the proliferation of hate.

Instead of shrugging their shoulders and adopting a “just-ignore-them” strategy, Facebook must stop giving access to deniers who trample on the memories of the Holocaust and who stain our children’s minds with putrid and pernicious falsification. It must take the moral, honourable and ethical path and never again permit its site to become the disseminator of harmful and hate-filled content of the kind that you would you expect to see on the wall of a public toilet.

Otherwise, Facebook will confirm the old dictum that, “All that’s necessary for the forces of evil to win in the world is for enough good people to do nothing”.

This article was originally published in The Age, August 2, 2011