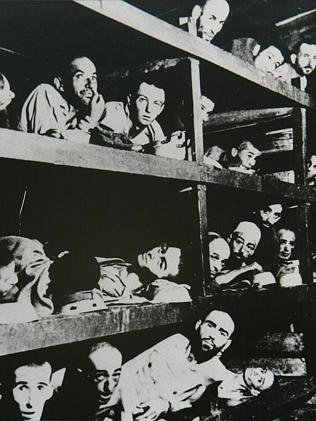 AS THE sun set over Melbourne yesterday, the Victorian Jewish community gathered to remember the six million Jews who were murdered in the Holocaust and to honour the survivors. And although the Holocaust is unique to the Jewish people, it must not be seen as just that. The Nazis killed millions of others, including gay men and women, Roma, the disabled, political prisoners and members of religious groups.

The Holocaust was an assault on humankind, a tragedy of unparalleled magnitude and proportion that forces us to confront our own behaviour and reflect on our responses to public and personal expressions of racism. As we approach a time when there will no more survivors, the risk of forgetting and repeating the mistakes of the past grows ever stronger.

Holocaust survivor Elie Wiesel has said: “We must ensure that no one can ever say the Holocaust belongs to the past. Not remembering is not an option.” There are universal lessons to be learned and to be passed on to current and future generations from the greatest crime in history.

And given the world’s track record over the past few decades in allowing mass atrocities to happen – Cambodia, Srebrenica, Rwanda, Darfur, Burma, Congo, Zimbabwe, Syria – we all have a lot of soul searching to do. We can’t say we didn’t know. Because we did.

The Holocaust shows us what can happen when prejudice is allowed to grow and become an acceptable attitude in society.

It teaches us that nations and people are capable of horrific acts of depravity and that individuals, institutions and governments have an overriding duty to do all they can, no matter the costs, to prevent such acts of extreme brutality from ever happening again.

Hitler succeeded in large part because of the passivity of witnesses who stood by. That kind of inaction empowers and emboldens dictators around the world. The killing fields did not happen in a vacuum. When we don’t speak out against bias-motivated behaviour, we pave the way for evil to be unleashed.

And it doesn’t always have to be on a huge scale. It starts in small ways. Dehumanising, abusing and humiliating others just because they are different happens every day – at work, online, on a bus, in the schoolyard, at parties, even at home. It begins with words and builds into violence.

I read this wonderful quote: “The Nazis today aren’t coming in uniform. Prejudice is sneaky.” If you see a vulnerable and often powerless member of our community being victimised – be it children, or the elderly, or women suffering domestic violence, or the poor, or the disabled, or members of a racial, ethnic or a religious minority, or a LGBTI person – don’t become part of the conspiracy of silence.

Help prevent such injustice and abuse by standing up and giving them a voice so they’ll know they are not alone.

Occasions such as Holocaust Memorial Day cause us to reflect on the consequences of hate speech and encourage us to be “upstanders” by taking a principled act against the menace of bigotry.

Anti -Semitism and other forms of prejudice are still present in our society. By applying the lessons of the Holocaust, young people understand the need to fight against the poison of intolerance, to promote diversity and to create a better world, free of discrimination and persecution.

At the core of all stereotypes is ignorance. Knowledge is the best defence against hatred, and schools have a critical role to play in this area. Before they were murdered, the victims pleaded, “Do not forget us. Tell our story – tell the world, tell the coming generations.” Let’s commit to never again be indifferent to the plight of others, and to never again put up with incitement and the insidious hatred that enables genocide to take place. And let’s learn from the bravery of the Righteous Among the Nations, who risked their lives to save Jews from death.

As Australians, we have an obligation to stand shoulder to shoulder and tell our children that together we are the defenders and protectors of each other’s future.

This article was originally published in the Herald Sun, April 28, 2014